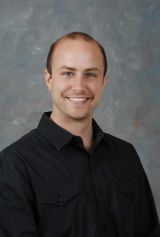 Justin Arledge is an Account Executive in the Ardmore office specializing in Tribal Governments, Agribusiness, and Artisan Contractors. Justin is currently Vice President of the American Indian Chamber of Commerce of Oklahoma City. Accomplishments achieved include graduating from Westminster College in Fulton, MO where he earned his degree in Business Finance. Most recently he graduated from the Future Insurance Leaders of Oklahoma program and is currently in the inaugural class Leadership Native Oklahoma.

Justin is also a graduate of the Hartford School of Insurance and is licensed in Property, Casualty and Life and Health. Justin has successfully completed his Certified Insurance Counselor (CIC) designation.

Justin is currently enrolled at the University of Oklahoma where he is partaking in the Masters of Legal Studies program that specializes in Indigenous People’s Law. Justin and his two daughters are proud members of the Chickasaw Nation and are avid supporters of Native American Rights and Sovereignty.

Outside of work Justin enjoys spending time with his family at the park, on the golf course, hunting and fishing, and especially boating on Lake Murray in the summer time. Justin has played billiards from an early age of his life and recently won the Oklahoma State Scotch Doubles 8 ball championship.

Return to the staff page.